My husband and I were at Walt Disney World for a long weekend this past weekend. While there, we decided to get temporary tattoos. It’s totally silly – we know - but we derive enjoyment from the good laugh and running around like 10 year olds with pocketfuls of allowance money. The tattoos only last a week or so. 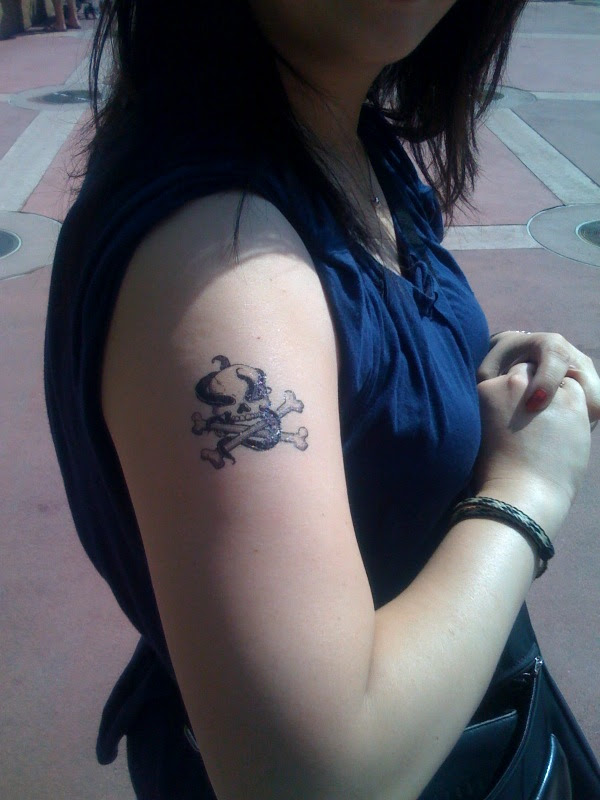 He selected a nice airbrush of Stitch from “Lilo and Stitch.” I had to laugh because he’s not a small man and Stitch is pretty cute. Ha. I selected a skull and crossbones with squid tentacles – which isn’t really something I would pick out for myself on a permanent basis. I guess I have a tattoo commitment phobia - among other commitment phobias. The idea of permanence is a bit daunting for me.

While the attendant was administering our tattoos, we were talking with one of the vendors from a neighboring cart. He was a very nice man who seemed to be in his late 50’s. He asked which tattoo I had selected and I told him. He shook his head, looked at my husband and said, “What is it with girls and pirates? They all want pirates. Why do girls all go for the bad guys?” Then he asked me, “Whatever happened to Prince Charming?” I looked at him, laughed and said, “Oh, I married Prince Charming!” That elicited quite the laugh – but I meant it.

As we don’t have children, my husband is the only person on the planet to whom I consciously chose to make a lifelong commitment. I chose well.

Yesterday also happened to be the day I was visited by a few different insects for no apparent reason. Not bad ones, thankfully. Two of them hung around long enough for me to take pictures too. 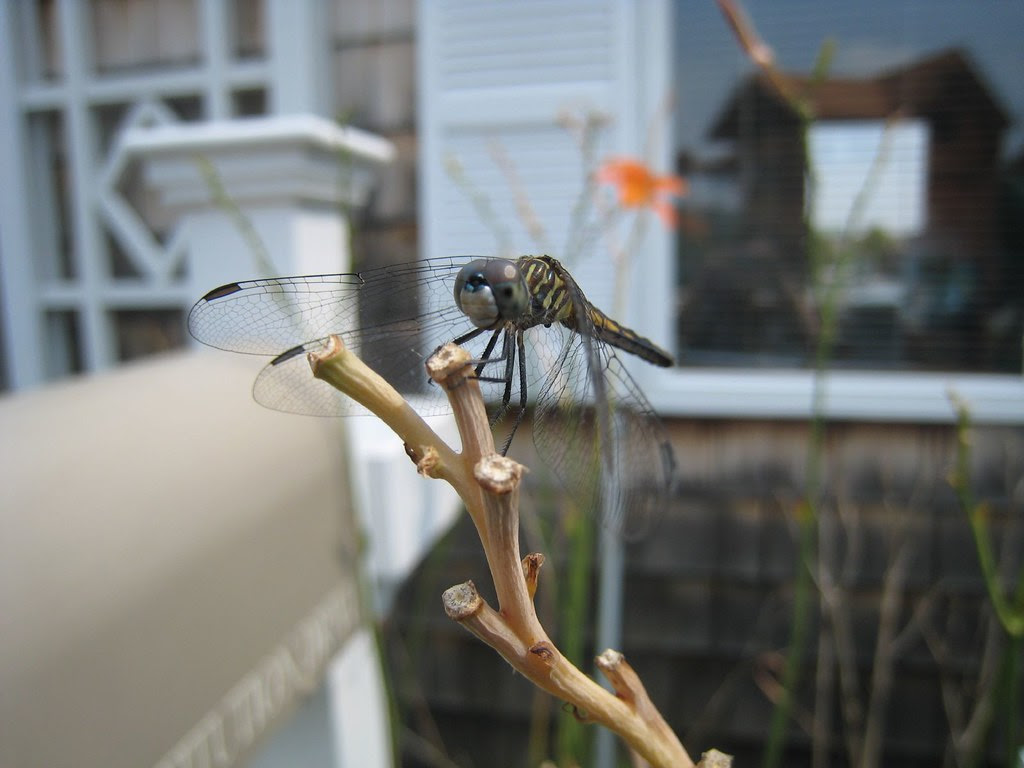 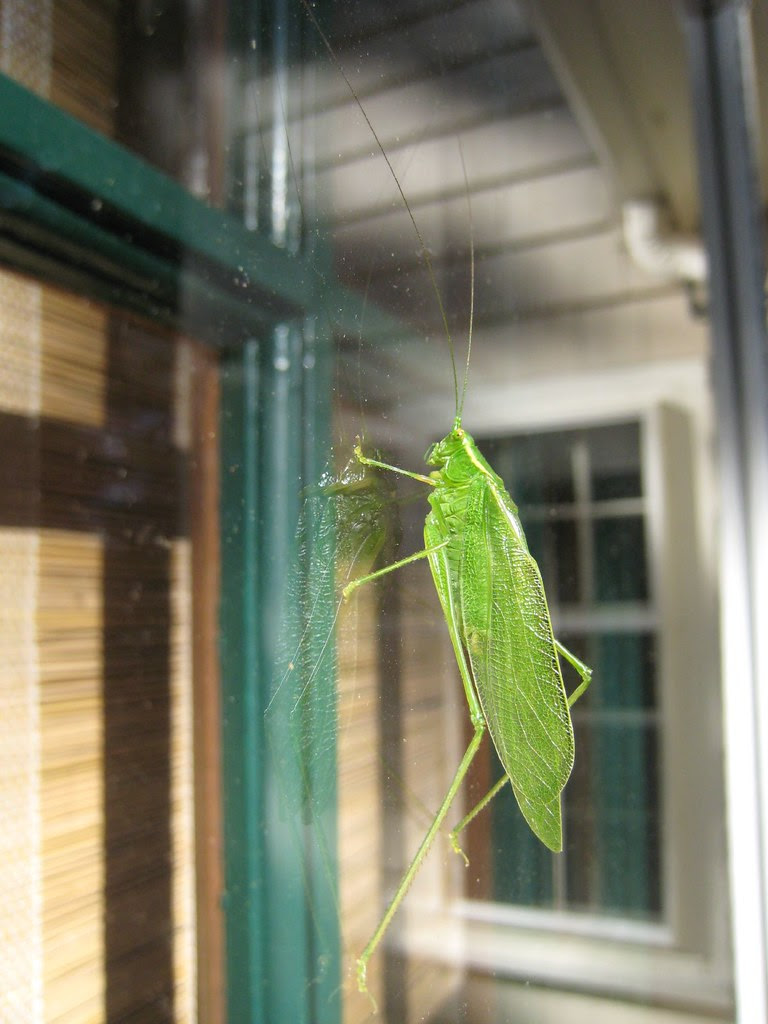 Posted by Hooeyspewer at 7:01 AM No comments: 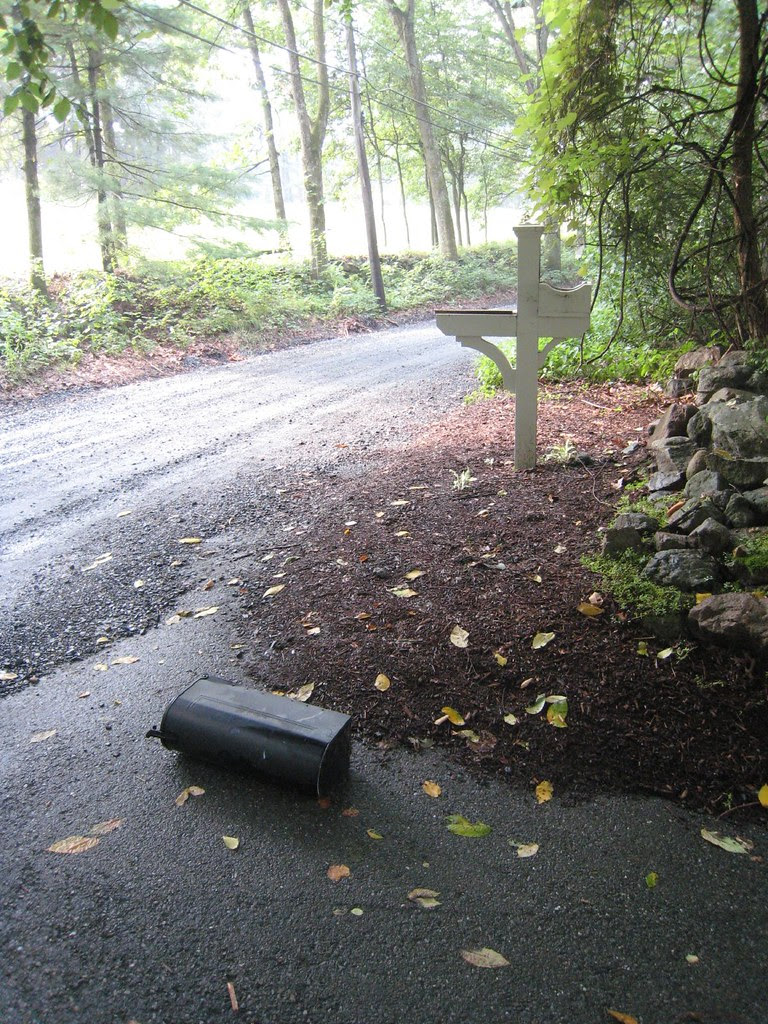 Yesterday morning, my husband and I were greeted with the sight of our mailbox lying in the middle of our driveway instead of being atop the nice mailbox post on which is normally rests. Good morning!

Upon inspection, it didn’t look like anyone took a bat to the box. There were no visible marks on any of its sides. The post was leaning at a slight angle, so I figured that someone ran into the mailbox overnight with a car. No note was left. Savages!

The baseboard on which the box rests was split into three pieces so I knew I had to replace that. The mailbox itself was fine and I could have reattached it to the post after replacing the baseboard – but I didn’t.

I’ve never liked that mailbox. It was here with the house when we bought it. Yes, it’s just a boring little black mailbox, what’s not to like? Well, it’s a little smaller than I would like and occasionally, it leaks when it rains. It’s a tad on the flimsy side too (you know how car doors all thud differently? I didn’t like its thud.) Also, ours is the only mailbox for a mile without a house number on it. Sure, I could go and buy a few numbers at the hardware store and stick them on, but I never liked the look of that so I never bothered.

I had already determined that I was going to change the mailbox “when I had the time” – and we all know what happens to those projects. Strangely enough, I had already chosen the mailbox’s successor – and it came with customized lettering for the address. I had just never gotten around to ordering it (in six years.)

So yesterday was the day. Thankfully, I didn’t have anything urgent planned and my day was very flexible. I called Walpole Woodworkers to see if they had the mailbox I wanted at the location near my home and they did. I jumped in my car, bought the mailbox and then went to the hardware store to have a board cut for the base. I came home and removed what was left of the old base and installed the baseboard and the new mailbox. I fixed the lean of the mail post too. The new lettering arrives in a couple of weeks but I’m pretty happy with the new box already. 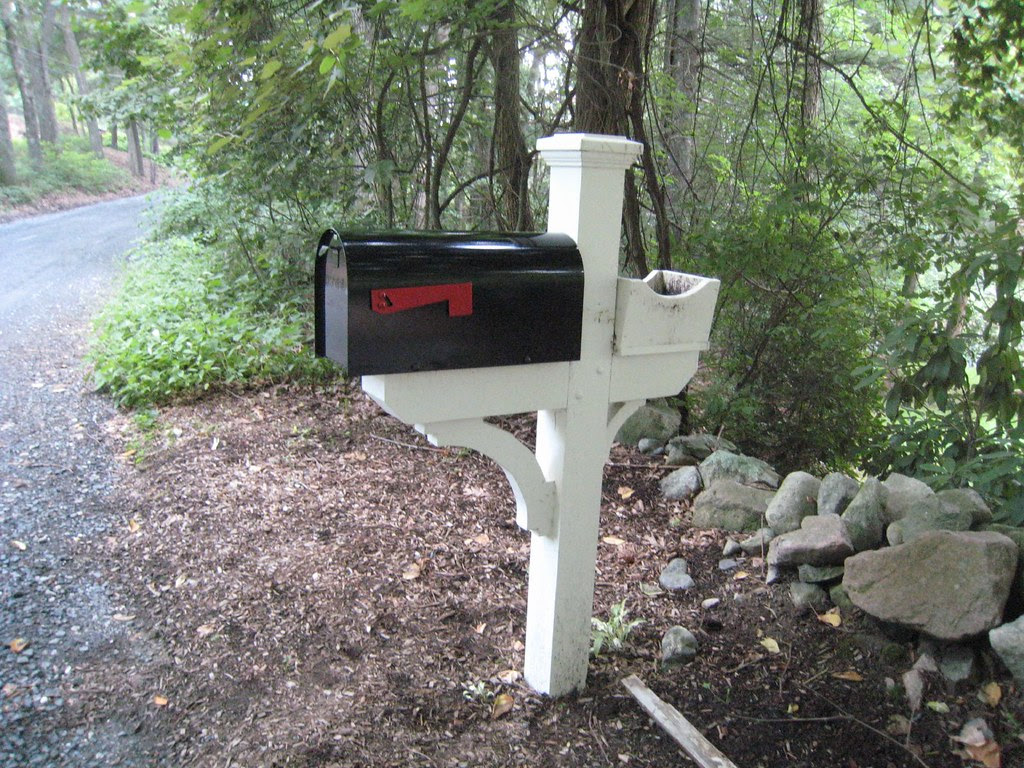 So was what happened overnight a good thing or a bad thing? My schedule just happened to be flexible yesterday. The mailbox I really wanted just happened to be in stock. I could do everything necessary myself – and now, I really like the mailbox. Sometimes, I think bad things happen to make way for the good things. That's my story and I'm sticking to it.
Posted by Hooeyspewer at 6:47 AM No comments: